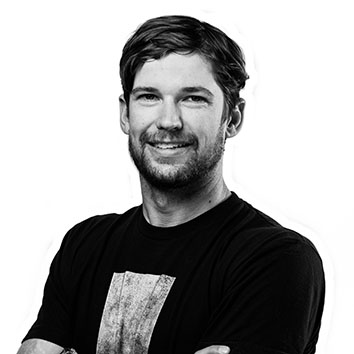 David Covel is an avid parachutist, wingsuiter and BASE jumper. He is a military parachuting instructor and holds FAA Senior Rigger, USPA Pro, AFF-I, Tandem, and Coach ratings. His wingsuiting abilities have allowed him to place in the top 10 of many competitions, most notably Red Bull Aces, US National Wingsuit Championships, and the Wide-Open Wingsuit Series (WOWS).

In his professional life, he is a Pararescueman for the Air National Guard. This has afforded him the opportunity to split his time between the military and pursuing his love for flight sports. While stationed in Las Vegas he was able to spend his free time paragliding and speedflying, which opened the door to skydiving, BASE, and wingsuiting.

Travelling around the globe in pursuit of falling, flying, and filming with some of the best wingsuiters introduced him to an unbelievable community filled with jumpers from around the world. David is a lifelong student of these sports in the interest of safety and performance progression. He loves to spread his knowledge and collaborate with others on new training methods and gear to make the sport of wingsuiting better. He is always open to teaching and eager to mentor those looking for guidance.

Outside of the previously listed pursuits, you can also find David spending time with his wife and dog, and experiencing all that nature has to offer.