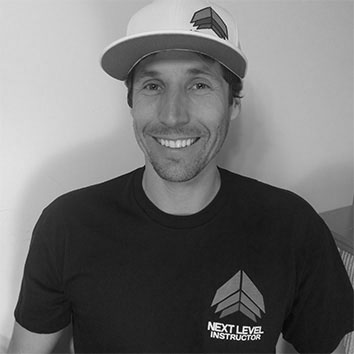 Jesse grew up with a strong passion for skiing, rock climbing and backpacking in the mountains of Colorado. With his home town next to a drop zone, he was always watching skydivers and made his first jump as soon as possible on his 18th birthday (July 2nd 2000).

A professional big mountain skier from an early age, his skills on skis took him to the top of the podium in the 2005 at the North American Extreme skiing championships in Crested Butte, CO.

He has competed in wingsuit BASE racing and won first place in BASE aerials, BASE landing accuracy, BASE tracking and is also known as one of the worlds top ski BASE jumpers.

To help keep his feet off the ground Jesse also enjoys speed-flying, speed-riding, paragliding and para-motoring.

“My goals are simple,” Jesse explains, “To continue to enjoy the sports I love, and travel to amazing places with friends.” Cheerful and quick with a joke, Jesse pushes limits of his sports while staying safe and looking out for the safety of others around him. His first BASE jump courses and instructional BASE parachute packing video are legendary in the sport.