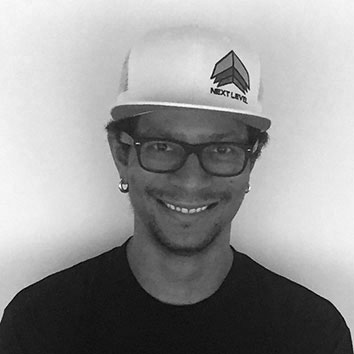 Simon’s background is in competition rock and ice climbing. His career in competitive climbing spanned the late 90s and early 2000s. During this time, he discovered skydiving. It was after meeting Ueli Gegenschatz that he became truly hooked on freefall. He has been deeply passionate about BASE and Skydiving ever since, whether it is in a wingsuit, tracking suit, or a full moon jump in jeans near his home DZ after a nice day of freeflying and swooping. Simon is passionate about every aspect of our vastly diverse sport.

Simon spends most of his time in Central Switzerland, where he frequents the many wingsuit cliffs and also the countless slider-off objects that are close enough for after-work jumps with the local BASE gang. His annual Earth-circuit also brings him to warmer locations such as Spain and South Africa each year.

In 2014, he started HSBC, with a mission to give something back to the BASE community in an old school way.

Simon’s career has progressed deliberately over the past decade and a half, and he currently has more than 4,500 skydives and 2,000+ BASE jumps to his credit. He says his favorite aspect of the sport nowadays is sharing his love of flight and freefall with his worldwide flying family. Load Organizing is one of his favorite pursuits.

We can tell you from experience that the first time you meet Simon, he might seem a little quiet, or reserved. But trust us when we say that it’s worth getting to know him. Simon genuinely cares about our sport and the people within it, and he makes a real effort to do his best for our community. We’re very proud to count him as a member of the Next Level Team, and he is an important member of our network.