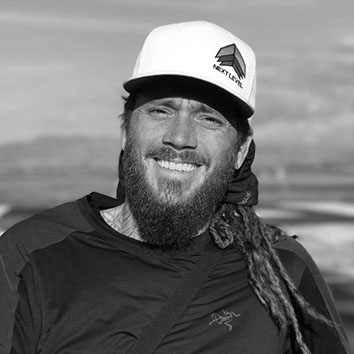 Rob has a long history of training and education in the skydiving environment and has recently been even more focused on giving back to the community that, as he says, gave his life flight. Skydiving since 1996, Rob has accumulated close to 10,000 skydives and 1150 BASE jumps. His 20+ years in the sport have taken him around the world, and he trained with the first School of Modern Skyflying. He has been load organizing since 2002 and coaching for nearly as long. Rob says that his interest in wingsuit progression has peaked since the birth of Squirrel, and now his teaching and organizing time is split between freeflying and WS. Rob’s passion is sharing the privileged moments that mountain flying and skydiving and all forms of parachuting allow us to experience.

If you’ve ever had a chance to spend time with Rob, then you have experienced his kind focus and his willingness to share his knowledge and experience. If you haven’t, then we recommend finding him somewhere.